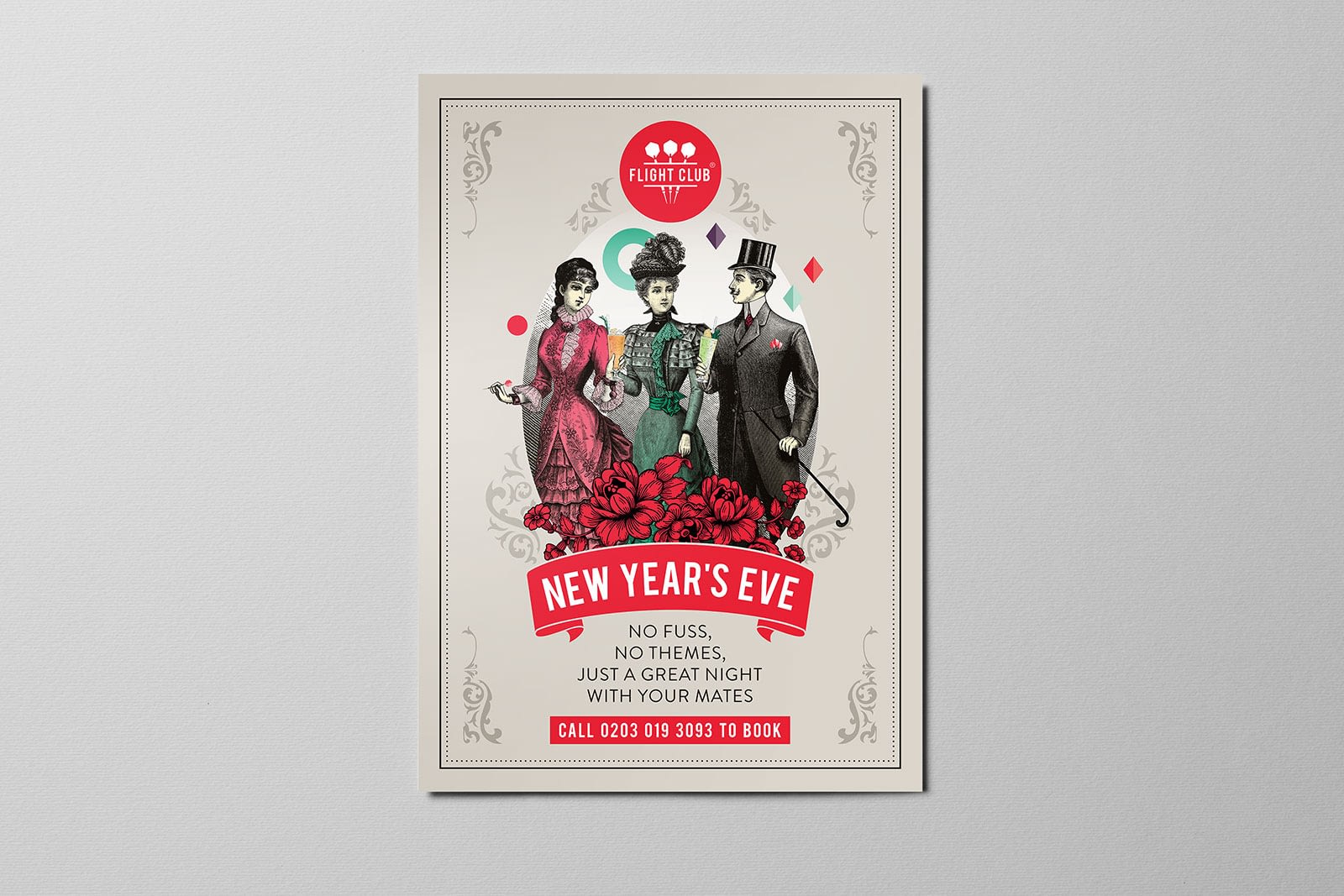 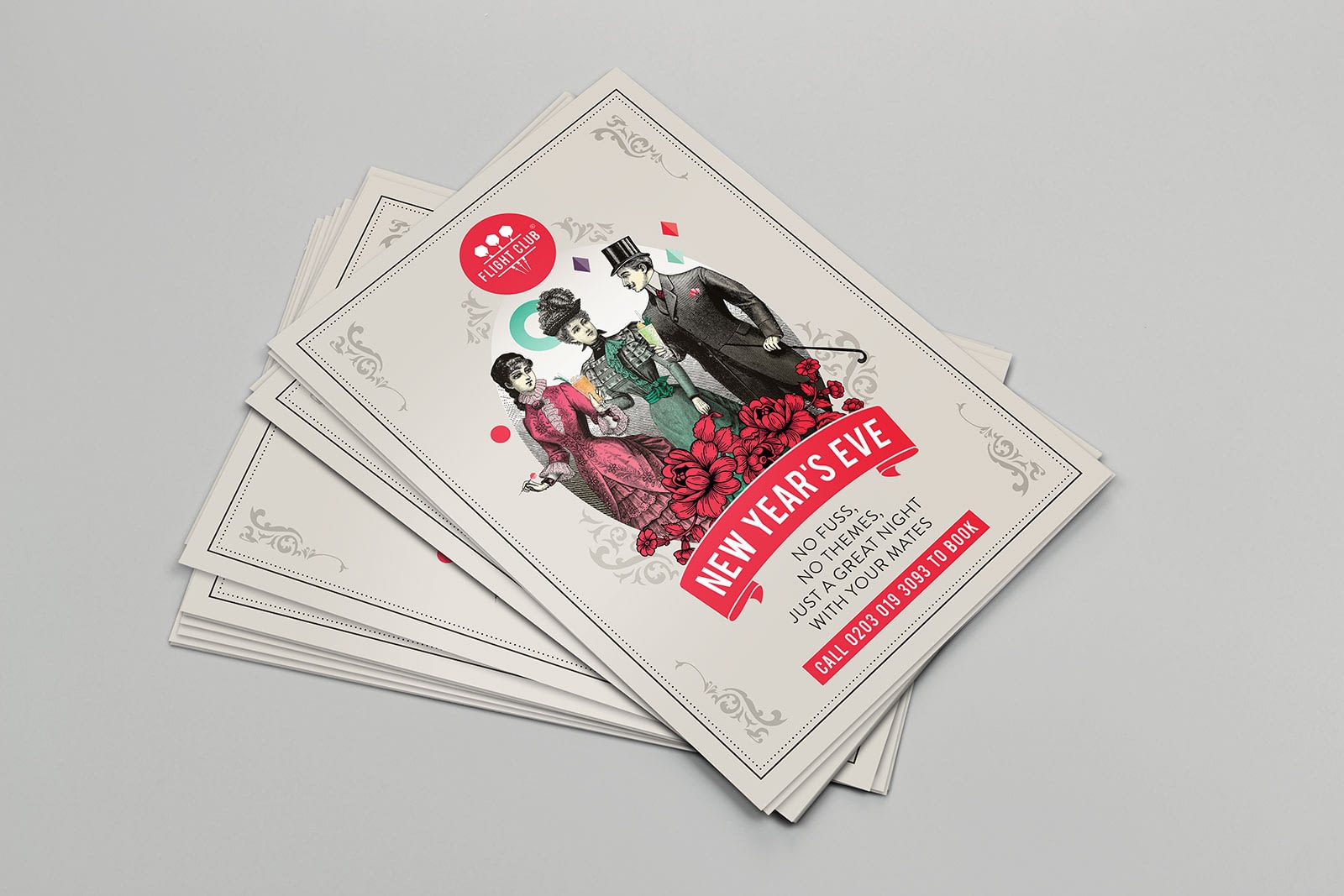 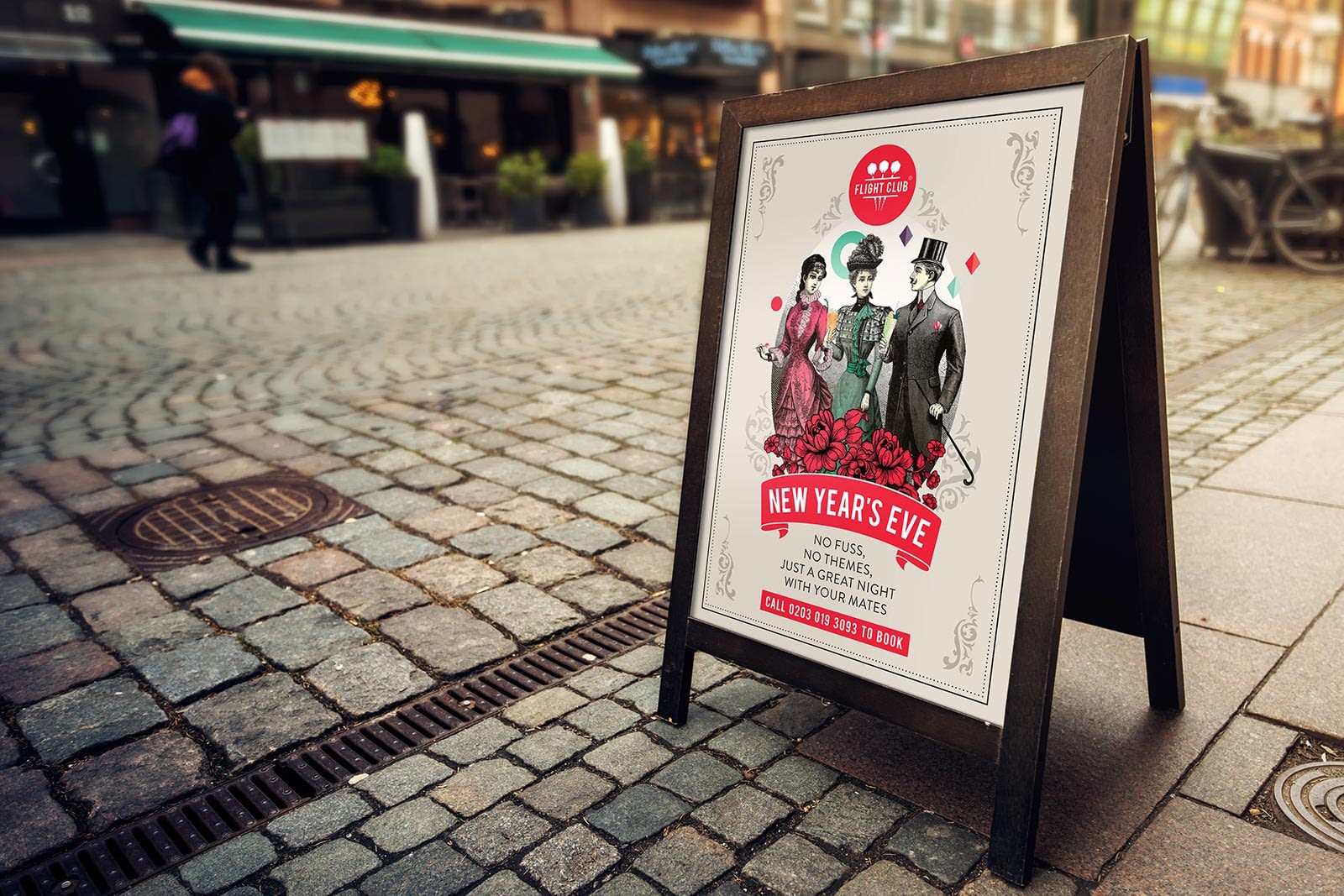 A New Year’s Eve promotional campaign for Flight Club Darts. The campaign was rolled out across various outcomes in both print and digital to promote this important night in the calendar.

The design brief asked for a creative, stylish design that was original looking but kept within the brand guidelines. The outcomes included printed flyers and posters as well as animated HTML web banners.

The concept for the campaign was to create an illustrated Victorian NYE celebration, focussing on the Victorian style brand elements, particularly existing illustrated characters. A illustrated Victorian scene was created, with cocktails, darts and winter attire. Three new characters, in a similar illustrative/etched style to existing brand elements, were created and assembled in a central oval shape, a hallmark of Victorian style. This was then embellished using existing brand assets e.g. light ornamental flourishes and red flowers. The campaign title was highlighted by placing it upon an eye catching red banner. The whole design was then framed using existing brand assets e.g. flourishes, lines and dots.